Keeping up the House 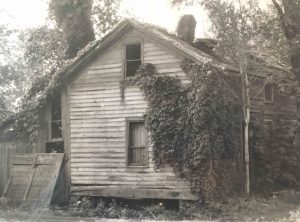 On January 4, 2002, the Gates Historical Society became the owner of the Hinchey Homestead, thanks to the generosity of a local doctor who held the mortgage.

Approximately two years later, the Town of Gates obtained funds from New York State and the Federal Save America’s Treasures and became the owners of Hinchey Homestead with the society as the contractual managers of the property.

The society published its first book in 2005, a pictorial history of Gates through Arcada Publishing’s Images of America series. Since then the society has published four other books about the town and town notables. In addition to its monthly public educational programs held in the Town Hall Annex, the society hosts school and group tours at the homestead and provides an archive of local historical and genealogical information available up request. Donations of local historical items are much appreciated. The society hosts many popular events at the homestead throughout the year which is open to the public. 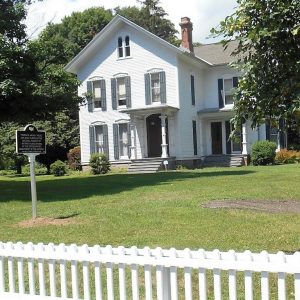 William S. Hinchey, a town pioneer for whom Hinchey Road is named, settled south of Gates Center circa 1810 on a farm near the present day intersection of Hinchey and Howard Road. His son, Franklin [1828-1912] built the family homestead in the 1870s. It stands today as the only structure in Gates listed on the National Register of Historic Places. The Hinchey family was active in the Town of Gates through the late 1800s and early 1900s and introduced the Holstein breed of dairy cattle to the Town.

The homestead remained in the family until after the death of Harmon Hinchey in 1998. In 2002, Wolcott T. Hinchey sold the house and the remaining barn on the three-acre site to the Gates Historical Society. The Society transferred ownership of the property to the Town of Gates in May 2004 following the town’s acquisition of a federal grant from the Save America’s Treasurers program and a state great from the New York State Parks, Historical Preservation and Recreation Department. 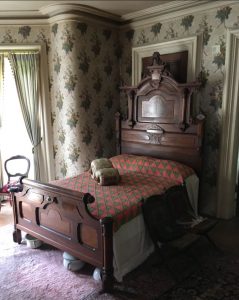 Today, the Gates Historical Society operates the homestead as a historic site and passive park through a long-term agreement with the Gates Town Board. With modifications only for electricity and water service, the homestead remains virtually untouched since the pioneer days. This is what makes this structure so unique. The interior has never been remodeled or changed. Visitors to the home today can still see the intricate woodworking details that were highlights of the craftsmanship of the day. All of the rooms are just as they were, including the hand-operated water pump in the kitchen, the indoor two seat privy, and the attic cistern that provided an early version of running water.

Original and period furnishings, the gift of Wolcott Hinchey, remain in each room. The period of significance for the house is 1870-1910.

John Bero, a Rochester historic preservation architect, and his firm, have completed studies that list renovation projects and costs needed to restore the homestead. The Society plans an annual fundraising campaign called ‘Gift from the Heart’ every February.

A brief history of the Hinchey Homestead updated January 2019 from the original 2007 history by Susan Swanton, Secretary, Gates Historical Society 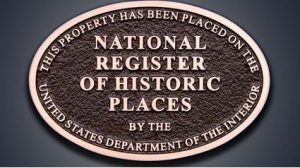 A historic house generally meets several criteria before being listed by an official body as “historic.” Generally the building is at least a certain age, depending on the rules for the individual list. A second factor is that the building be in recognizably the same form as when it became historic. Third is a requirement that either an event of historical importance happened at the site, or that a person of historical significance was associated with the site, or that the building itself is important for its architecture or interior

The Hinchey House will reopen to the public in November:

Due to coronavirus, all tours are limited to 4 attendees with masks and social distancing required.

Reserve your tour online via GatesHistoricalSociety@gmail.com
$10 for Society members
$15 for non-members
Pay online or at the door